ADEME supports the viability of NGV stations in « white zones » 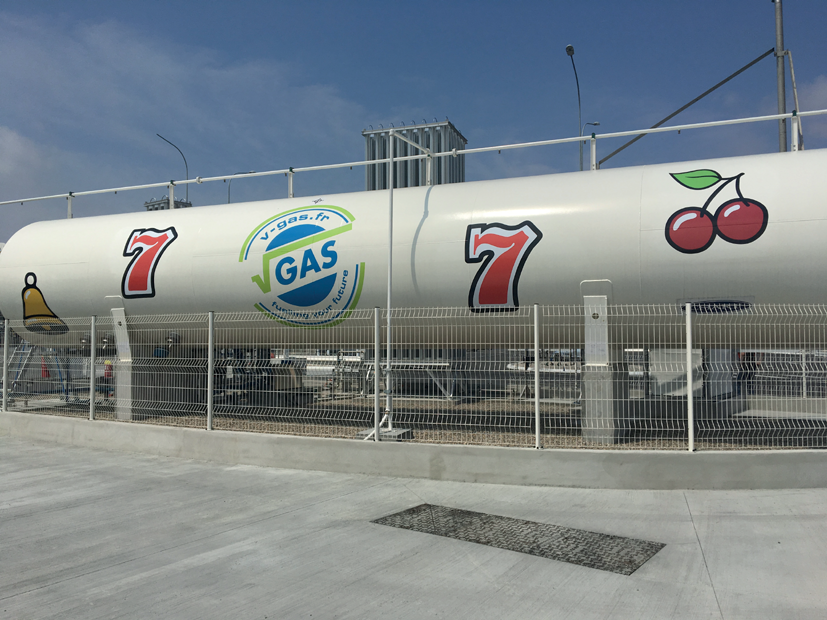 ADEME supports the viability of NGV stations in « white zones »

In Draguignan (83), a convergence of interests between carriers and sponsors

In order to promote the development of NGV stations in « white zones », ADEME launched a third GVN / bioGNV call for projects (AAP 3), whose winners were nominated last October. This call was to support the acquisition of GVN and bioGNV vehicles that will be refueled with these new stations, thereby boosting demand for their economic viability.

Among the winners, a station built in Draguignan (83) is particularly distinguished by the convergence of interests between carriers and sponsors. Commissioned in February, the station will supply the vehicles of the Pizzorno and Beltrame Groups, which are responsible for collecting waste and transporting people on behalf of the Draconian Urban Community. The local community had included NGV as part of its tendering criteria. The construction of the station, which is also open to the general public, has initiated a dynamic purchase of around 100 CNG vehicles.

Beltramle is found at another Var laureate of AAP 3, in Puget-sur-Argens. With a view to building a CNG station, Beltrame has made land available and mobilized other carriers in the sector. 29 vehicles are involved in the project.

In its entirety, the AAP 3 will have supported the establishment of 19 stations and the acquisition of more than 470 vehicles for 65 beneficiaries, representing a total amount of 4.2 million euros. Concrete to replace the diesel.

« In Draguignan, the dynamics of the project were driven by the carriers that prompted the Agglomeration Community to convert part of its fleet to GNV, which is probably a unique case in France, says Éric Ronco, Director General of Proviridis. Given the volume of vehicles involved in this project, the ADEME has paid a budget of one million euros, while the average aid is around 200 000 €. In Puget-sur-Argens, where we built the station, the project sponsors also asked us to enter the capital. To move forward, we must know how to provide both technical and financial answers.  »